Immune thrombocytopenic purpura (ITP) is a bleeding disorder in which the immune system destroys platelets, which are necessary for normal blood clotting. People with the disease have too few platelets in the blood.

Bleeding disorders are a group of conditions in which there is a problem with the body's blood clotting process. These disorders can lead to heavy a...

In children, the disease sometimes follows a viral infection. In adults, it is more often a long-term (chronic) disease and can occur after a viral infection, with use of certain drugs, during pregnancy, or as part of an immune disorder.

ITP affects women more often than men. It is more common in children than adults. In children, the disease affects boys and girls equally.

ITP symptoms can include any of the following:

Blood tests will be done to check your platelet count.

A platelet count is a lab test to measure how many platelets you have in your blood. Platelets are parts of the blood that help the blood clot. The...

A bone marrow aspiration or biopsy may also be done.

Bone marrow is the soft tissue inside bones that helps form blood cells. It is found in the hollow part of most bones. Bone marrow aspiration is th...

A biopsy is the removal of a small piece of tissue for laboratory examination.

In children, the disease usually goes away without treatment. Some children may need treatment.

Adults are usually started on a steroid medicine called prednisone or dexamethasone. In some cases, surgery to remove the spleen (splenectomy) is recommended. This increases the platelet count in about half of people. However, other drug treatments are usually recommended instead.

If the disease does not get better with prednisone, other treatments may include:

People with ITP should not take aspirin, ibuprofen, or warfarin, because these drugs interfere with platelet function or blood clotting, and bleeding may occur.

More information and support for people with ITP and their families can be found at:

Sudden and severe loss of blood from the digestive tract may occur. Bleeding into the brain may also occur.

Go to the emergency room or call 911 or the local emergency number if severe bleeding occurs, or if other new symptoms develop. 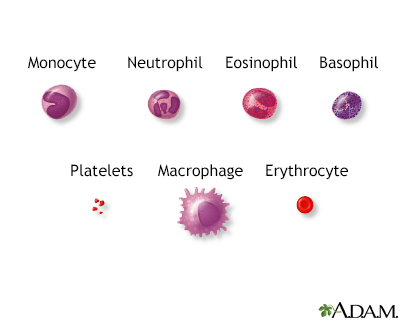