Lambert-Eaton syndrome (LES) is a rare disorder in which faulty communication between nerves and muscles leads to muscle weakness.

Weakness is reduced strength in one or more muscles.

LES is an autoimmune disorder. This means your immune system mistakenly targets healthy cells and tissues in the body. With LES, antibodies produced by the immune system attack nerve cells. This makes nerves cells unable to release enough of a chemical called acetylcholine. This chemical transmits impulses between nerves and muscles. The result is muscle weakness.

An autoimmune disorder occurs when the body's immune system attacks and destroys healthy body tissue by mistake. There are more than 80 types of aut...

LES may occur with cancers such as small cell lung cancer or autoimmune disorders such as vitiligo, which leads to a loss of skin pigment.

Vitiligo is a skin condition in which there is a loss of color (pigment) from areas of skin. This results in uneven white patches that have no pigme...

LES affects men more often than women. Common age of occurrence is around age 60 years. LES is rare in children.

Weakness or loss of movement that can be more or less severe, including:

Weakness is reduced strength in one or more muscles.

Weakness is generally mild in LES. Leg muscles are mostly affected. Weakness may improve after exercise, but continuous exertion causes fatigue in some cases.

Symptoms related to the other parts of the nervous system often occur, and include:

The health care provider will perform a physical exam and ask about the symptoms. The exam may show:

Tests to help diagnose and confirm LES may include:

CT scan and MRI of the chest and the abdomen, followed by bronchoscopy for smokers may be done to exclude cancer. PET scan may also be done if a lung tumor is suspected.

A computed tomography (CT) scan is an imaging method that uses x-rays to create pictures of cross-sections of the body. Related tests include:Abdomin...

A magnetic resonance imaging (MRI) scan is an imaging test that uses powerful magnets and radio waves to create pictures of the body. It does not us...

A positron emission tomography scan is a type of imaging test. It uses a radioactive substance called a tracer to look for disease in the body. A po...

The main goals of treatment are to:

Plasma exchange, or plasmapheresis, is a treatment that helps remove from the body any harmful proteins (antibodies) that are interfering with nerve function. This involves removing blood plasma that contains the antibodies. Other proteins (such as albumin) or donated plasma are then infused into the body.

Another procedure involves using intravenous immunoglobulin (IVIg) to infuse a large amount of helpful antibodies directly into the bloodstream.

Medicines that may also be tried include:

Complications of LES may include:

Call your provider if symptoms of LES develop. 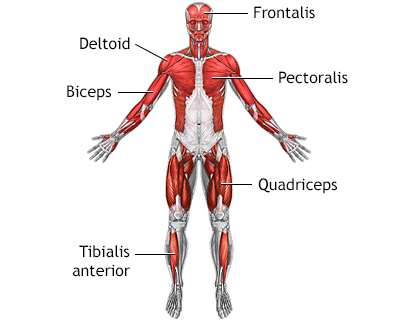 Superficial muscles are close to the surface of the skin. Muscles which lie closer to bone or internal organs are called deep muscles.

Superficial muscles are close to the surface of the skin. Muscles which lie closer to bone or internal organs are called deep muscles.